On July 10th, the Trump administration promoted the plan to impose tariffs on China’s $200 billion in goods and released a list of target products. The LED industry may be affected.

The first round of taxation projects for industrial intermediates has limited impact. In 2017, China’s exports to the United States were about 175 million US dollars. Therefore, the impact on China’s LED industry is quite limited. The main impact is that CREE has lighting factories in the United States. American manufacturer of LEDs from China. 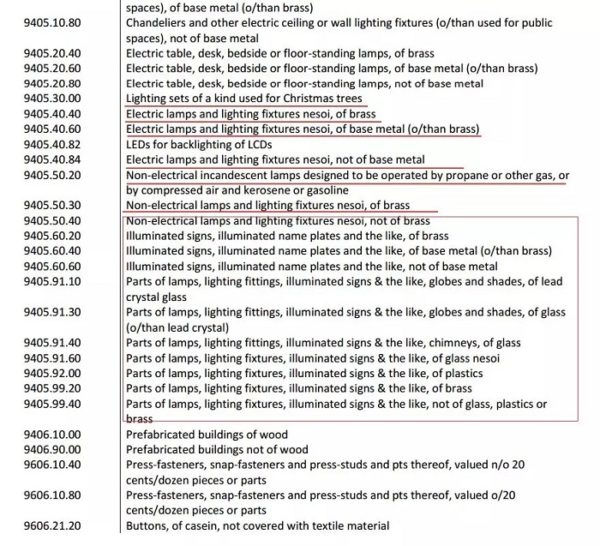 Trump plus tariffs to 200 billion US dollars

The second round of 200 billion LED products covered a wide range of products, including LED and lighting categories of more than 10 items, and the trade volume is also large, of which the main lighting products in 2017 China exports to the United States The amount is as high as more than 5 billion US dollars.

Because the United States has always been an important export market for China’s LED downstream including lighting and other industries, if the 200 billion US dollar tariff project is approved, China’s LED-related industries will inevitably suffer.

However, due to the obvious advantages of China’s lighting industry, it has formed a global industrial cluster. Compared with other regions in the world, it has obvious comprehensive cost advantages. Therefore, more than 85% of global LED lighting products are assembled and produced in China.

Even with a tariff of more than 10%, it is difficult for US consumers to obtain alternative products from other regions in the short term, and 10% of the additional tariff costs will be shared between US consumers and Chinese lighting manufacturers.

Want to join the discussion?
Feel free to contribute!

In addition to the US trade war, you may not pay attention to the EU GDPR
Scroll to top